Showing posts from November, 2010
Show all

Touch The Sky on Brimstone Hill 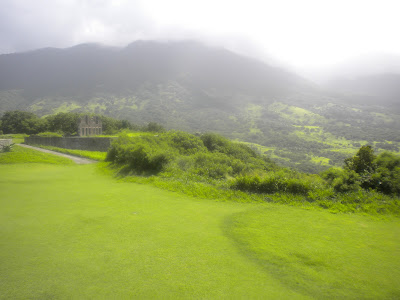 If you ever visit St. Kitts, it's an official requirement to visit Brimstone Hill Fortress. Not only is it the island's most recognizable landmark, it's also a UNESCO World Heritage Site and the best place to grab heavenly views. Constructed between 1690 and 1790, the fortress rises almost 800 feet in the air. Which means you must climb the stone path up to monument, way up on Brimstone Hill. Sturdy shoes are suggested. The climb is well worth it because beyond the cannons, bastions and citadel, a striking panorama of  an impossibly green landscape unfolds. It really looks like you could reach up on your tippy toes and touch a cloud or two. Most of the fortress is  built with volcanic rock. I felt like I heard echoes of the centuries of history stored in those rocks. After decades of being passed between British and French colonialists, the flag of independent St. Kitts finally flies from Brimstone Hill Fortress. The fortress is the one of the best preserved histori
18 comments
Read more 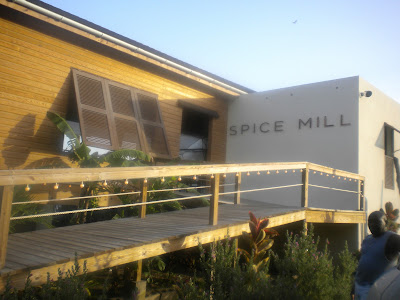 Most Americans down mugs and mugs of coffee everyday but I love tea. Technically, I don't drink the black tea leaves that are commonly considered tea but herbal infusions that are really a collection of herbs, flowers and spices. In the Caribbean, this is called bush tea and I always order a cup on whatever island I visit. There's just nothing like fresh bush tea. In St. Kitts, I ordered a pot at the Spice Mill restaurant and this earned me some surprised looks. Not because it was a hot, 90 degree Kitttitian afternoon but because few Americans know about the joys of bush tea and they didn't expect anyone to order it.  After much bustling and questioning, my waitress stepped outside the restaurant and plucked some lemongrass and thyme from the garden. You can see the tips of the plants in the photo above. I savored the spicy smell when she brought the pot out and sipped on cups and cups for over an hour. Bush tea is typically drunk for medicinal purposes and lemongrass,
13 comments
Read more
More posts