Showing posts from October, 2018
Show all

Where in The World Is Turks and Caicos? 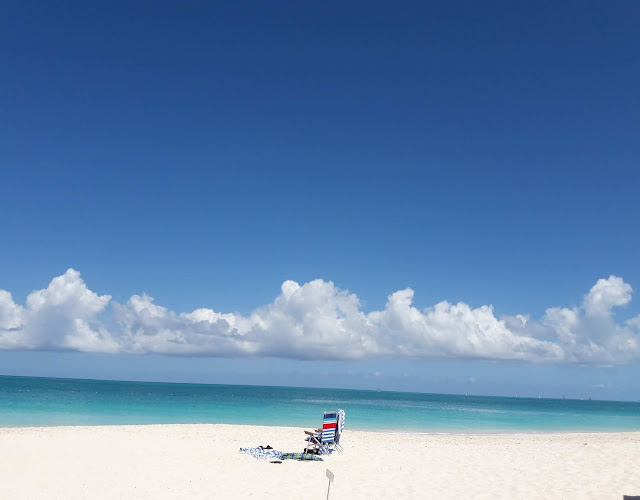 I didn't realize just how confused people are about the Turks and Caicos islands.   Before I traveled to Providenciales,  the most developed of the eight main islands, I promised my blogging students that I would discover enough about this island nation to explain exactly where it is and what it's like. But it wasn't only my students that didn't know. When I tried to put a travel advisory on my credit card, the customer service confused Turks and Caicos with Turkey. And that was after I spelled it! Very few of my friends and family knew where the heck I was going so here it is: The Turks and Caicos islands consist of a group of 40 islands and small cays, with eight of them inhabited. The country is surrounded by the Atlantic Ocean and located southeast of the Bahamas and East of  the island of Hispaniola (Haiti and Dominican Republic. ) Currently, the Turks and Caicos is a British Overseas Territory.  (Although the American dollar is the official currency.) The
1 comment
Read more

Next Stop: Turks and Caicos

Where in the world is Turks and Caicos ? That's the question I often get when I mention this island nation of eight main islands and 40 smaller islets and cays. Some people also confuse it as a Bahamian island. Well, Turks and Caicos is located Southeast of the Bahamas but it's a separate country. The country was self-governed until 2009, when former premier Michael Misick resigned in the face of corruption charges . It's is now a British Overseas Territory.  Turks and Caicos is famous for swoon-inducing beaches, most notably, Grace Bay , pictured above, which is consistently listed as one of the most beautiful beaches in the world. I will be investigating the appeal of Grace Bay during my stay in Providenciales next week. I'll also be discovering more about Turks and Caicos, including JoJo the Dolphin, the wild ,Atlantic Bottlenose dolphin who freely interacts with people as the official mascot of the island and symbol for marine conservation and Cheshire Hall
Post a Comment
Read more

Easy Living on the East Coast of Barbados 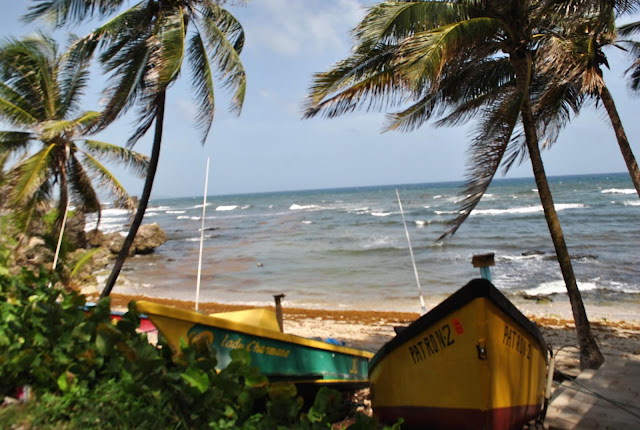 Barbados is an island noted for upscale dining and luxury hotels but there's another side to "Bim.". I ventured out of the busy capital of Bridgetown and took a hiking tour of the untamed East Coast of the island. I immediately noticed a difference between the hilly landscape of the East Coast and the South Coast, where most of the hotels are located. Nature grabs all the attention here. There are few hotels or even people to distract from the beauty. Everywhere I looked, spectacular views of the Atlantic commanded attention. The East Coast is where Barbados agriculture is centered and I spotted fields of bananas, passion fruit bushes and almond trees. The panoramas of lush green and sparkling blue ocean waves really made me think I was on another island. Barbados is famously flat so I wasn't expecting all the hills I had to hike under the unrelenting Caribbean sun. The tour is called Hike, Grill and Chill,  so I was really happy to relax in the shade
Post a Comment
Read more
More posts