Showing posts from June, 2012
Show all

Piero, The Pyramid and Mayan Romance 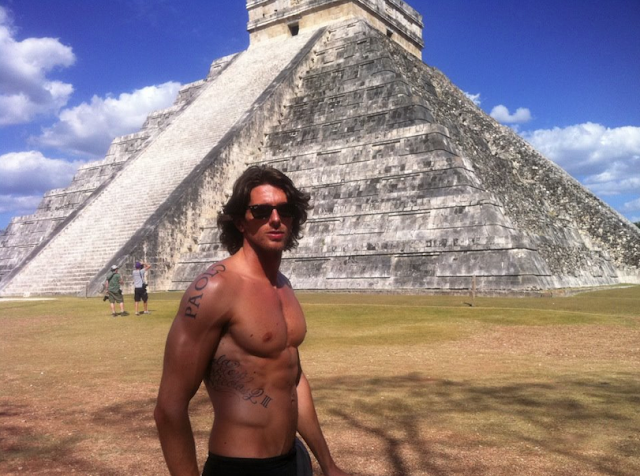 Funny things happen when you travel. Inhibitions loosen, the stars align and stuff unfolds. I've written about the Mayan magic that seemed to float through the air during the spring solstice in Mexico but I didn't even touch on what happened at Chichen Itza. This sacred pyramid is an iconic Mayan landmark, watching the sun's shadow, in the guise of the feathered serpent god Kukulcan, creep down the pyramid's steps was a an otherworldly experience that I'll explore in my next post. For now, I'll discuss the other kind of magic I witnessed. His name is Piero. As crowds gathered to watch the sun descend, a woman shouted, "there's a living god walking!" My group turned to gawk at Piero, pictured above, bronzed skin rippling, wavy hair blowing.  Clearly, he was used to being admired and he seemed to  pointlessly stroll past us several times. But we were there to see the sun's shadow descend over Chichen Itza so we rushed closer to the pyramid. We
8 comments
Read more 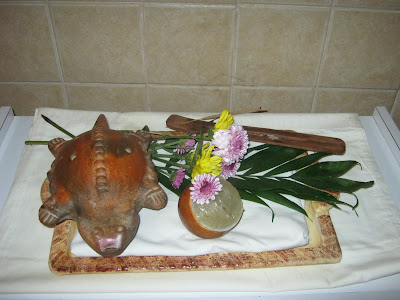 I am not a massage person. I get antsy laying still for the process and frankly, strangers touching me is not my favorite thing. But the chance to experience traditional Mayan massage in Mexico changed my mind.  The natural rituals of the Maya are fascinating to me so I jumped at the chance to view this culture from another perspective. The hallmarks of the traditional massage, called Hunab Ku , are the ocarina wind instrument, copal plant leaves, flowers and balche bark, pictured above. Barbara was the lovely masseuse who escorted me through  the ritual. The beginning of the treatment starts with the  Mayan chant, "Tene u susilem/Tene u ya cuma/Tene u dzimodo/Tene u kmac a holalem," which translates to "I am the light/ I am the peace/  I am the love/ I am the harmony."  Mayan massage is noted for its deep tissue technique, especially around the abdominal area. Barbara stretched my arms and massaged my shoulder blades to release tension before she started.
8 comments
Read more 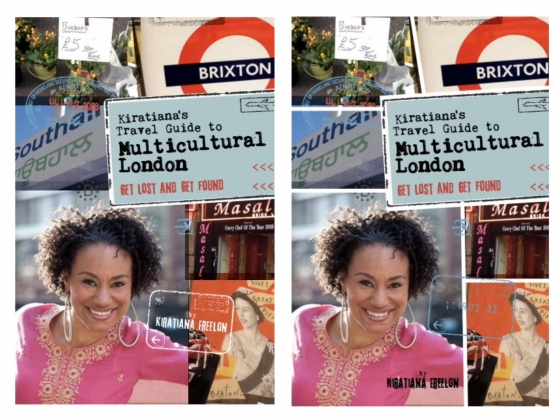 My travel blogger and author friend and fellow Chi-Town girl Kiratiana Freelon is on a mission. After guiding readers through the riches of multicultural Paris with her book, Kiratiana's Travel Guide to Black Paris , she aims to tackle London's colorful ethnic enclaves with Kiratiana's Travel Guide to Multicultural London.  I have to admit, London is one my favorite cities so I'm a bit biased but I think this is an essential project that needs to happen. Her guide will explore Brixton, Southall, Brick Lane, Dalston and Chinatown and include extensive listings of multicultural festivals and events throughout London. She'll also introduce readers to the food, art and music that define these cultures. But she needs your support to publish the digital book by July 15, in time for the opening  of the Olympic Games.  Please visit her Kickstarter page here  and pledge what you can.  She's very close to her goal. Check out her video that explains the significance of
6 comments
Read more 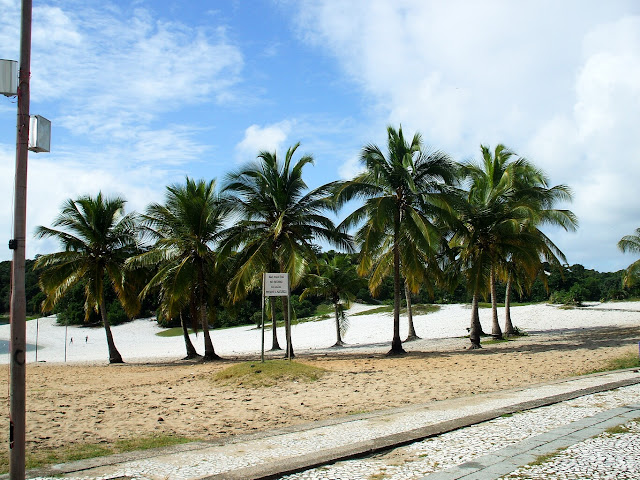 June officially opens the summer season in Chicago and that means a schedule packed with street festivals, outdoor cafes and of course, the beach. I don't know what it is but whenever the weather turns balmy, my thoughts turn to Brazil.  Memories of salty air swirling over my skin, sipping fresh cashew juice and samba beats vibrating through the air, keep running through my mind. For me, nothing captures the energy of Brazil like the music so I've been listening to one of my favorite Brazilian artists, Ceu.  Her name means sky in Portuguese and her easy blend of bossa nova, African rhythms and jazz stylings recalls the the dreamy blue Brazilian sky I remember, pictured above. Check out her video for "Malemolencia" below. What's your soundtrack for the summer?
13 comments
Read more
More posts