Showing posts from February, 2016
Show all

I love Spanish culture and especially the lovely coastal cities that wrap around the Mediterranean so I'm thrilled to be headed to Valencia , Spain. As the third largest city in Spain, Valencia is filled with ancient structures, avant guarde architecture and lots of culture. I'll be viewing the start of the annual Fallas Festival , which features bonfires, fireworks and huge art pieces that will be set afire at the end of the fest. And since the hearty dish of paella was invented in Spain, I'll be attending a paella cooking class and learning about the city's  many cooking traditions. Look out for posts, pix and videos on the trendy restaurant scene, beaches and museums next week!
2 comments
Read more 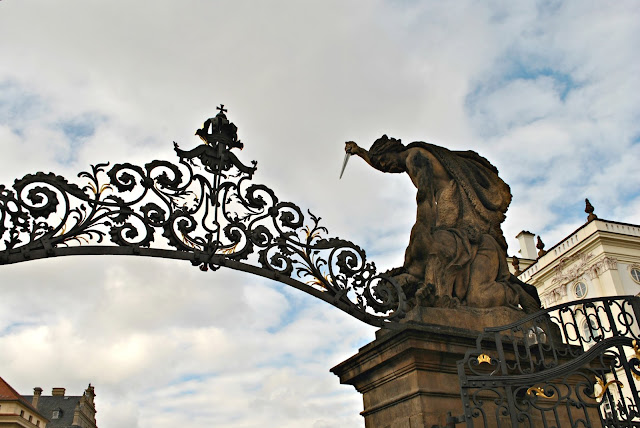 Prague Castle is one of the most famous landmarks in the Czech Republic. Built in the 9th century, this complex of Gothic and Renaissance architecture stands as the largest ancient castle in the world. I was excited to tour the complex and view all of the artifacts but I was unsettled by the entrance gate to the castle. On either side of the gate, two chilling figures hover with a knife and a club. I'm familiar with how gargoyles were used on castles and buildings to ward off evil spirits but I've never seen such violent figures adorn a castle. It's officially called Giant's Gate and the statues depict giants defeating enemies. I guess the giants are supposed to represent strength but they definitely did not help to create a welcoming vibe as I entered the castle. With a knife poised at the head of all who walk under the gate, it felt more like doom floating over the castle but maybe that's just me.
Post a Comment
Read more 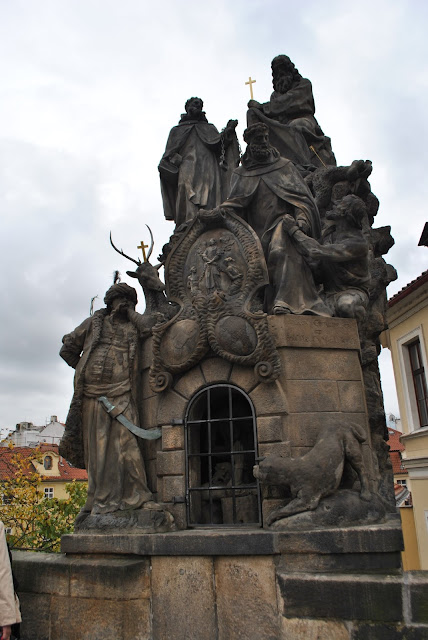 Prague is a medieval city that dazzles at every turn. There are so many historic landmarks crammed into a small area, from Prague Castle to the Astronomical Clock but my favorite is Charles Bridge.  Named for Emperor Charles IV and constructed in 1357, a stroll across this bridge offers stunning views day or night. The bridge spans 1,700 feet and connects the banks of the Vltava River. It also boasts 16 arches and 30 baroque statues, which makes Charles Bridge sort of like an outdoor art gallery. Not that you'll be able to view a lot of  the pieces. The bridge is always packed with people, vendors and performers so the sight lines aren't always great but I was lucky to get close to a few of the statues. The one above is often called "The Turk" and depicts St. John of Matha, St. Felix of Valois and St. Ivan. These saints specialized in buying Christian slaves imprisoned by Turks and setting them free. I thought this was the most interesting statue on the bridge, I
Post a Comment
Read more
More posts