Showing posts from March, 2016
Show all

My Fave of Valencia's Fallas Monuments 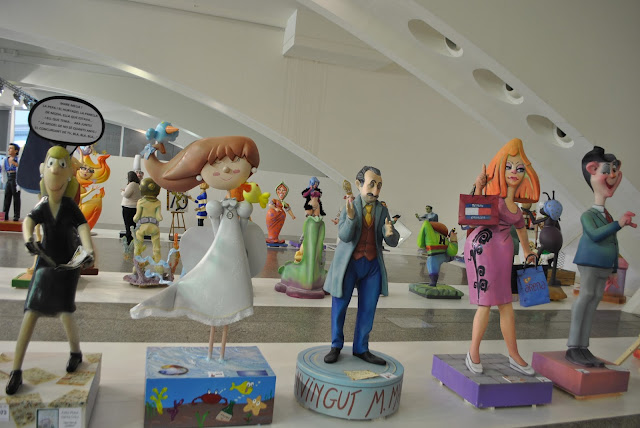 Spain is noted for quirky traditions and festivals but Valencia's Las  Fallas Festival probably ranks up there in terms of overall quirk. During Fallas every March, the city's streets are filled with firecrackers, gunpowder and towering monuments called ninots. The celebration welcomes spring and honors St. Joseph's feast day on March 19 with a daily fireworks show, locals dressed in traditional Valenican costumes and setting the handcrafted art of the ninots  ablaze all at once, on March 19. Ninots are created by neighborhood teams who spend months and sometimes the entire year, designing  the monuments from papier mache, wood, plaster and cardboard. They are usually satirical or fanciful figures and out of the 350 odd ninots  created, one, the ninot indultat  (pardoned figure) is spared the fire by popular vote.  The saved monuments are displayed in the Fallas Museum  and walking through its halls is like wandering around an animated wonderland. Every saved monument
2 comments
Read more 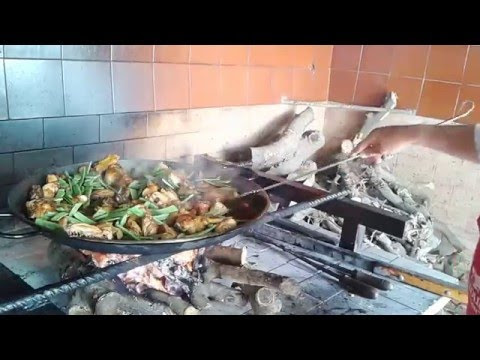 Valencia is the third largest city in Spain and known for it's pretty palm-tree lined streets and mix of old world and modern architecture. But I was most excited about Valencia's other claim to fame as the birthplace of paella. If you're like me, you've enjoyed countless pans of paella and eagerly order it whenever you see it on a menu. Well, I took two cooking classes in Valencia (I'll explore the details in later posts) and what I quickly discovered is that what passes for paella in the U.S. is rarely the real thing. There are so many details that are needed to create authentic paella but the most significant is an open fire of orange wood. That's right, paella is a rural tradition and it is cooked in front of  baraccas  or small country houses. I visited the small farm and restaurant of   Barraca Toni Montoliu . I picked the vegetables that you see Toni cooking over the orange wood in the video. The flavor that the open fire and orange wood gives to paell
Post a Comment
Read more 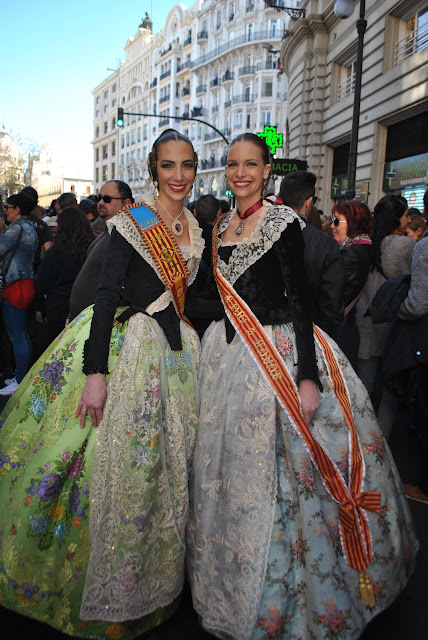 Valencia is a very pretty Spanish city filled with palm trees, marble streets and a startling mix of medieval and modern architecture. I found the city's overall atmosphere to be charming and festive although a lot of the latter characteristic had to do with the upcoming Las Fallas festival.  The fest dates back to the Middle Ages and welcomes spring with fireworks, huge handcrafted monuments that are torched at the end of the fest and locals flaunting traditional Valencian dress. These ladies were roaming through the crowds as we prepared to watch the fireworks display, called the mascleta. I loved seeing the intricacy of their costumes and their  casual attitude about wearing medieval finery in the middle of gobs of gawking people. I will be sharing several posts about Las Fallas but this is my fave pic by far.
2 comments
Read more
More posts