Showing posts from July, 2017
Show all

The Rosy Beauty of Curacao Flamingos 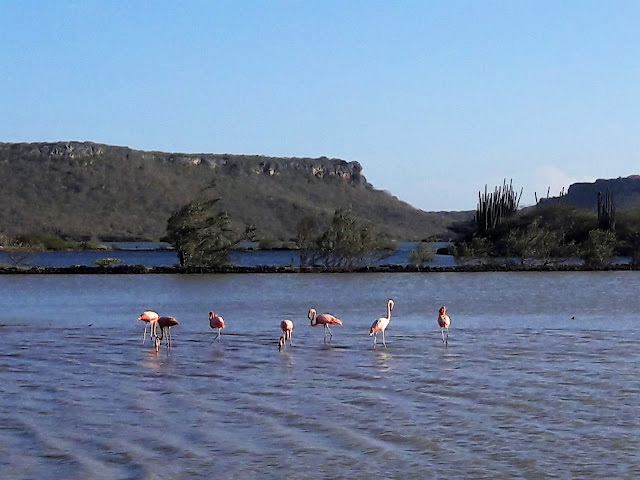 One of my favorite things about the Dutch Caribbean island of Curacao is the color that drenches the architecture, landscape and culture. I was swept up by the joy of being completely encompassed by color but I was still taken aback to spot these flamingos. Splashing around in the shallow water of the Jan Thiel salt flats, this flamboyance of flamingos commanded attention with their bright pink feathers. They were just far way enough to be unbothered by tourists staring at them but close enough to cast a rosy spell.
Post a Comment
Read more 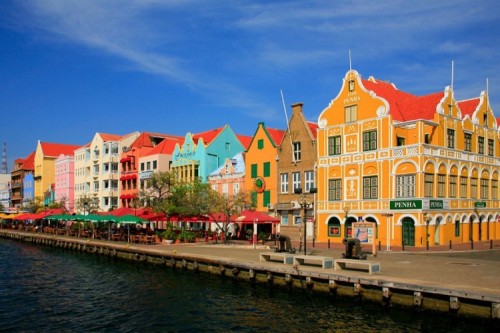 The summer adventures are really heating up! This week I'll be exploring the colorful landscape and intriguing history of Curacao.  This Dutch Caribbean island has been on my bucket list for a long time so expect breathless posts about my experiences. I'll be strolling the capital city, UNESCO World Heritage site of Willemstad, taking in the iconic Queen Emma swinging bridge and the famous, candy-colored  Handelscade backdrop, pictured above. I'll also be visiting several of Curacao's 35 cove-covered ,beaches.as well as local food trucks nightclubs (including 27, honoring famous musicians who died at 27-years-old) and Museum Kura Hulanda , which focuses on African art, history and the Dutch slave trade. Please look out for my updates about this fascinating island!
Post a Comment
Read more 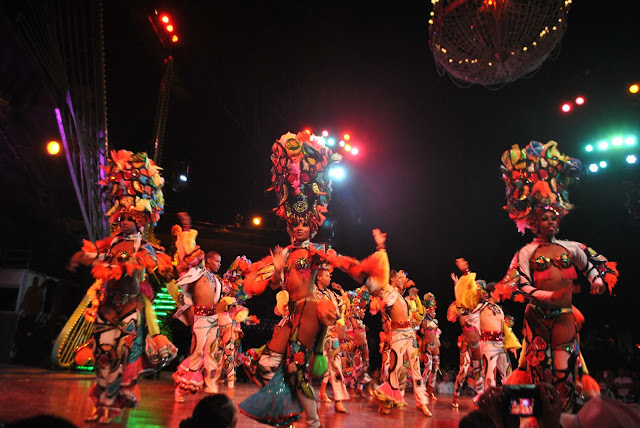 If you consider Las Vegas as the ultimate in over-the-top, showgirl performances, think again. The inspiration for Las Vegas shows and all its colorful, feathered glamor was Cuba, specifically the legendary Tropicana Cabaret.  Opened in 1939 on the grounds of a suburban Havana mansion, it evolved into the most spectacular open air cabaret ever seen. Music icons like Nat "King" Cole, Paul Robeson, Omara Portuondo, Carmen Miranda and of course, Celia Cruz, graced the stage and celebrities filled the seats. I  heard about the history of the Tropicana, including the darkers aspects like the mobsters that ran it and the racism that kept dark-skinned black performers off the stage unless they were superstars like Nat "King" Cole. I knew immediately that I had to see it in person. Walking into the huge outdoor space, I was handed a red chrysanthemum and men were given cigars. Swaying palms, stages at every angle and blinking lights were all I could make out in the
2 comments
Read more
More posts