Showing posts from August, 2014
Show all

August 29, 2014
Whenever I visit the Caribbean, witnessing local dance and music is always a priority. The essence of the people and culture are reflected in the music and movements so I was thrilled to witness the vibrant dancing of members of Le Grand Ballet De La Martinique. Gracing the lobby of  Hotel La Pagerie  in Trois- Illets, the wave of rhythm, color and spirit took over everyone present. The dancers creole dress uses the bright madras pattern brought from India when indentured servants from India immigrated to the region after the abolition of slavery. The points on the hats represent the wearer's social status, one for free, two for engaged, three for married and four for anything goes! The drummers and musicians are pounding out a traditional  Bele'  rhythm, which traces directly to West Africa. The charm and energy of the twirls and steps can be witnessed all over the island, in Martinican's stylish and fun-loving attitudes.
8 comments
Read more 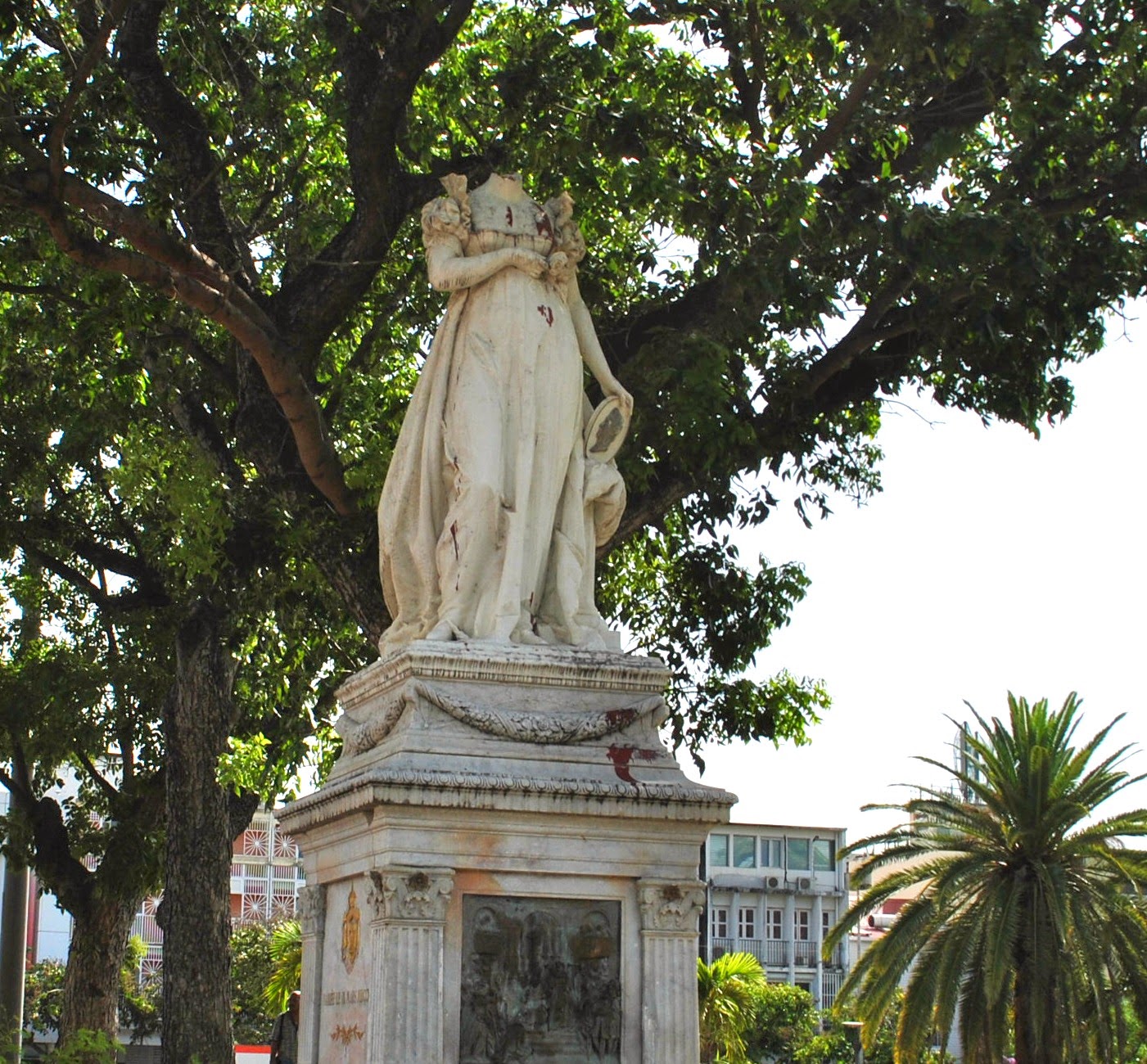 She looms in the middle of the tropical splendor of  La Savane Park, in Fort de France, Martinique's bustling capital. Strolling past the palm trees, I spotted the marble statue dedicated to the island's most famous daughter, Josephine Bonaparte. Of course, that wasn't her name when she was born in Trois-Ilets in 1763. She was named Marie Josephe  Rose deTascher de la Pagerie and was called Rose until she met Napoleon after she moved to France and he nick named her Josephine.  It seems that Josephine and the statue that was erected in her honor in 1859, represent the tangled and discordant relationship between France and Martinique. Although Martinique is an overseas department of France , the colonial history and legacy of slavery casts an uneasy shadow over the relationship. In 1991, after remaining in fact for 132 years, Josephine's statue was vandalized. Her head was severed from its base, in much the same way that French aristocrats were guillotined during the
8 comments
Read more

The Isle of Flowers 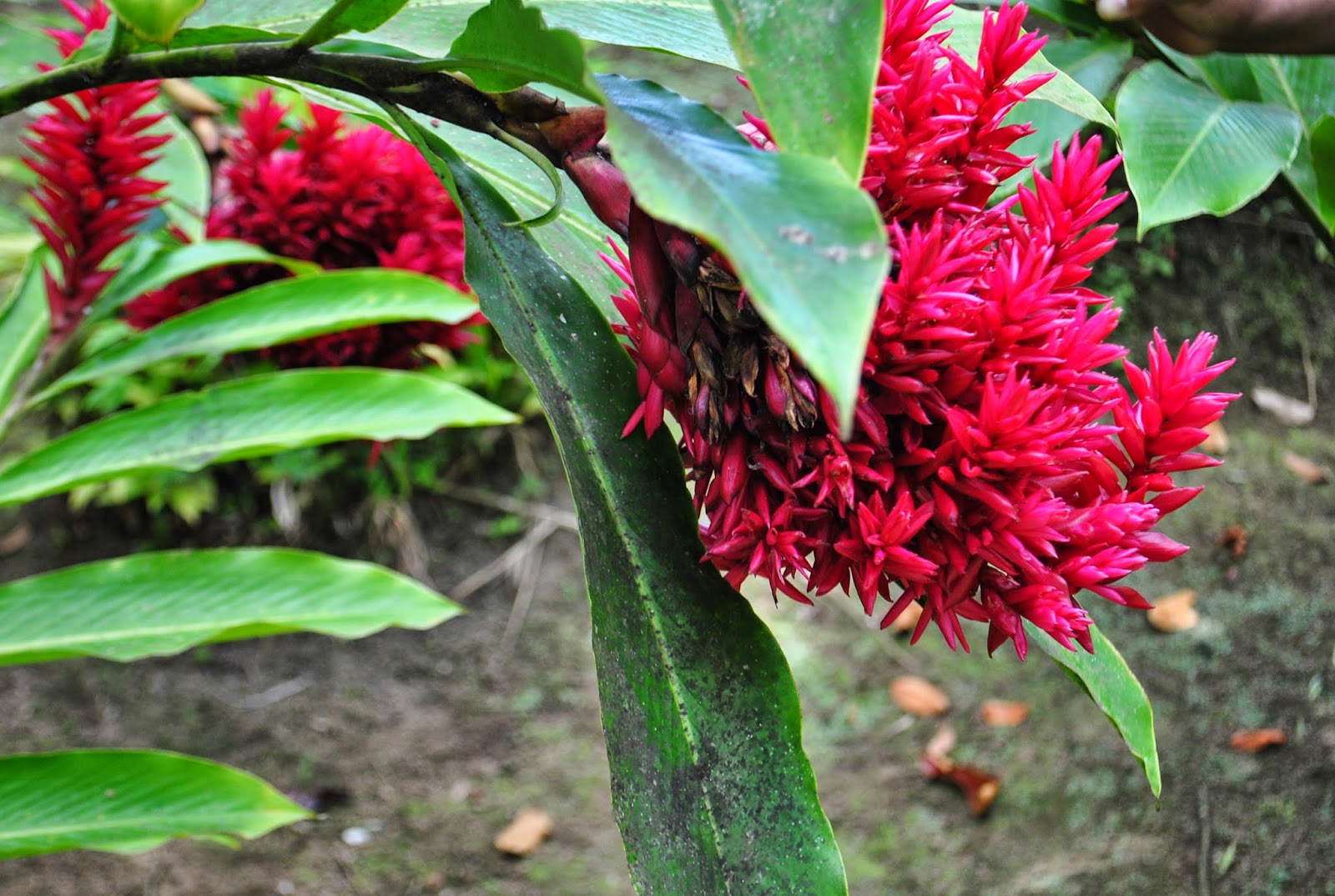 It's actually an understatement to describe Martinique as beautiful, it's like calling New York kind of big. This southern Caribbean island stunned me from the first glimpse outside my plane window. The mountains are sweeping, the water a crystalline turquoise and then there are the flowers. The original inhabitants of the region, the Arawak Indians, called the island Madinina, or island of  flowers.  Blooms dot the landscape everywhere and Martinque is especially noted for nearly 100 orchid varieties. Unfortunately, orchid season on the island is March and April but I was treated to a variety of exotic flowers during a visit to Balata Botanical Garden. This flower comes in red and pink and is called Porcelain rose. It's a popular export flower because it lasts for weeks. I thought these long stemmed blossoms looked like flamingos peeking out of the greenery. These striking blooms reminded me of golden dandelions. Of course, they're taller and more eleg
9 comments
Read more
More posts